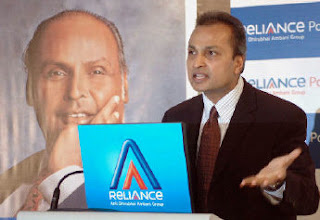 Investors bid for as many as 72 times the number of shares that Reliance Power offered for subscription under its initial public offering (IPO). They have put in bids for over 1,654.8 crore shares as against the 22.8 crore shares on offer.

The figures are based on the latest data available but merchant banking sources associated with the offer said that the final tally and the investor composition will be known later in the night.

The issue has already pulled in roughly Rs 60,000 crore by way of application money based on the data available as of yesterday – the exact amount depends on the investor composition.

The IPO received maximum response on the last day compared to the first three days, with the subscription count racing from 24 times as late as 9 p.m. on day three to over 72 times by 6 p.m. today.

On the evidence so far, it is clear that there has been surge in investor response on the last day compared to the earlier three days.

In terms of number of applications Reliance Power IPO has set a new record. It received ever nearly 31 lakh applications by the end of day three, the highest ever, according sources in the merchant banking industry handling the IPO.

By the end of day three the retail portion of the shares on offer received 9.02 times bidding while the qualified institutional buyers’ portion was subscribed 30.68 times. The non-institutional investors’ (corporate and high net worth individuals) portion was subscribed 32.40 times, as per composite BSE and NSE data compiled till late night yesterday. read full story