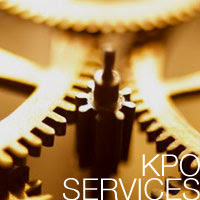 The Indian Knowledge Process Outsourcing (KPO) industry will have revenues in the range of $10-17 billion by 2010, a study by KPMG said. Of this, financial KPO would alone account for $5 billion, the study said.

“While the bulk of the growth could be attributed to the financial services, the rest of the $17 billion growth would come from the pharma, core accounting and legal sectors for the KPO sector,” KPMG global sourcing advisory head Pradeep Udhas said. He was also hopeful that the captive units would continue remain dominant though catering to niche areas in the KPO landscape.

The study suggests that although India continues to remain the top KPO destination, there are many countries that are snapping at its heels which qualify for as potential financial services hubs for the KPO industry. “

Companies that are outsourcing to KPOs are trying to balances their risks, such an environment would eventually give rise to a hub and spoke model wherein India would act as a hub for the different spokes emerging in countries like Vietnam, Malaysia, Canada and South Africa among others,” Mr Udhas said. According to the study, large KPO providers are expected to move to multi-location deliver centres. Issues that can potentially hamper growth include skill set shortage, a declining US dollar and compliance and regulatory pressures, the study said.