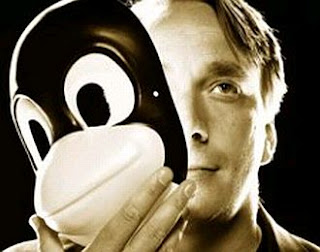 Linus Torvalds, leader of the cult of Linux, took a swipe at Apple's OS X and Microsoft Vista in the same breath at a conference in Australia last week, adding more fuel to the simmering programming language battle between the world's high-profile geeks.

Speaking at the linux.conf.au conference in Melbourne, Australia, a few weeks ago, Torvalds called Leopard "utter crap" and bashed the proprietary OS makers for being greedy, according to Australian reporter Nick Miller in the The Age.

"I don't think they're equally flawed -- I think Leopard is a much better system," Torvalds said. "(But) OS X in some ways is actually worse than Windows to program for. Their file system is complete and utter crap, which is scary."

He also scoffed at his rivals' practice of revenue-through-renewal by launching upgrades that require new purchases.

"An operating system should be completely invisible," Torvalds said. "To Microsoft and Apple (it is) a way to control the whole environment -- to force people to upgrade their applications and hardware."

Torvalds swipes at Microsoft and Apple come on the heels of a highly publicized tiff between Apple CEO Steve Jobs and Sun Microsystems developer and "father of Java" James Gosling.

Earlier last year Jobs reportedly said that "Java's not worth building in. Nobody uses Java anymore. It's this big heavyweight ball and chain."

The ball was lobbied back at Jobs when in the fall Gosling abandoned his Mac laptop, writing on his blog that in addition to abandoning his "eye candy" Mac laptop for a real developer's machine, he thinks "iPods are nice, but they're not the defining center of my life."

Who will strike the next blow?

Our bet is on Bill Gates, as soon as he finishes re-installing Windows XP.