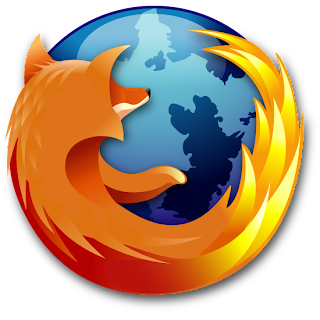 With the release today of beta 3 of Firefox 3, we are definitely getting closer to the final release of Mozilla's open source web browser.

But for a third beta this version of Firefox 3 includes some fairly significant changes from the previous betas, including changes to the main user interface of the browser.

By far the biggest change is the inclusion of what is being called the keyhole interface for the Back and Forward buttons on the browser toolbar. This keyhole essentially combines the two buttons into a single composite button that is shaped like, well, a keyhole.

In the keyhole the Back (which tends to be used more than Forward) is the larger portion of the button. The Forward button becomes a smaller button to the right of the Back button and a drop down menu to the right of the Forward button lets users view all pages they have browsed in that session, with the page they are currently on shown in bold type.

In general I liked this new keyhole modification to the Back/Forward buttons and found it intuitive. However, some users may be a little confused at first.

The Star button in the address bar has also been improved somewhat, making it possible to bookmark a page with a single click and get more detailed bookmarking information with two clicks. However, in my usage of the betas I've come to dislike this star button as it sits right next to the drop down button that lets users view pages they have visited. As a frequent user of the drop down I have accidentally clicked the star several times, often bookmarking pages I had no desire to bookmark.

Other usability enhancements include improved site finding accuracy in the autocomplete features in the address bar, as well as better icon and interface integration for users on Mac OS X and Linux. Read More>>