Foundation stone for Madurai IT park 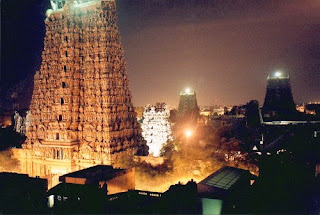 The foundation stone for the Information Technology park in Madurai will be laid soon, Chief Minister M. Karunanidhi informed the Assembly on Thursday.

Answering a supplementary to a question from N. Nanmaran (Communist Party of India-Marxist) during question hour, Mr. Karunanidhi said people constructing the IT park had approached him for a date to hold the function.

“They will be given the date soon and the foundation stone function will take place.”

(The Government had announced that IT parks would be set up in Tier-II cities such as Madurai and Coimbatore to boost job prospects in these areas and to spread growth of IT across the State.)

Replying to G. Senthamizhan (All India Anna Dravida Munnetra Kazhagam), he said after the Dravida Munnetra Kazhagam government assumed office, it had given No Objection Certificates relating to relaxation in additional floor space index to 93 firms for constructing 3.42 crore sq.ft. of IT space. The AIADMK regime gave NOC for only 2.66 crore sq.ft. to 107 companies during a three-and-a-half year period.

He recalled that it was the DMK government that set up a separate department for Information Technology and created an IT task force when it was in power from 1996 to 2001. read full story