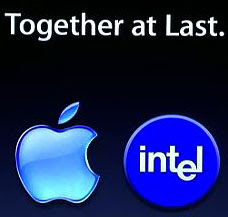 The highly miniaturized version of the Core 2 Duo made by Intel specifically for the MacBook Air could end up spurring a raft of Windows-based competitors.

Other PC makers are reportedly looking to slim down their laptops like Apple did this month with its MacBook Air.

Intel has reportedly sold a version of the miniaturized Core 2 Duo processor in Apple's recently released MacBook Air to other manufactures, which could then build Windows-based competitors to the ultrathin and light notebook.

Two PC manufacturers have already signed on to use the custom-designed chip, and products powered by the processor are expected to be released soon, CNET and tech magazine PC Advisor reported Wednesday, both quoting a source familiar with the plans.

An Intel spokesman declined to give any sales details but did note that Apple is the only hardware manufacturer that sells a laptop based on this specific Core 2 Duo processor. read full story