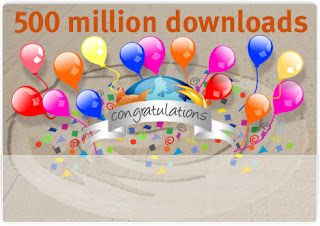 TechCrunch noted Thursday that Mozilla was about to celebrate its 500 millionth download of Firefox, the open source browser that has made inroads into Microsoft’s dominant market share. By this morning, the official Spread Firefox site was claiming an additional 340,000 downloads, putting it over the half billion mark.

That’s an impressive download rate — one that has given Firefox an approximately 17 percent share of the browser market. Looking at visitors to NYTimes.com, a much larger share of our online readers, about 28 percent in February, were Firefox users. The bulk of our online readers use various versions of Microsoft’s Internet Explorer (about 60 percent) and Apple’s Safari (about 10 percent).

But we also noticed that tens of thousands of our visitors use various versions of Netscape Navigator, the nearly defunct browser owned by AOL, as well as a variety of other, more obscure browsers. It made us wonder why people choose the browsers they choose. Let us know about what’s behind your choice in the comments section.