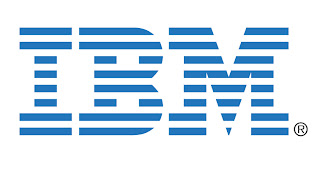 The Register has unearthed a research paper that shows IBM working on a computing system capable "of hosting the entire internet as an application." This mega system relies on a re-tooled version of IBM's Blue Gene supercomputers so loved by the high performance computing crowd. IBM's researchers have proposed tweaking the Blue Gene systems to run today's most popular web applications such as Linux, Apache, MySQL and Ruby on Rails.

The IBM paper rightly points out that both large SMP (symmetric multi-processing) systems and clusters have their merits for massive computing tasks. Of late, however, most organizations looking to crunch through really big jobs have preferred clusters, which provide certain economic advantages. Customers can buy lots of general purpose hardware and networking components at a low cost and cobble the systems together to equal or surpass the performance of gigantic SMPs.

Sun Microsystems, Amazon.com, Google and Microsoft stand as just some of the companies using these clusters to offer software, processing power and storage to other businesses. Their customers tap into these larger systems and can "grow" their applications as needed by firing up more and more of the provided computing infrastructure. Read More>>

For such these economic advantages of purchasing different thins, i like it.
Shopping Cart