Web 3.0 is about creating Semantic Web

Why not? Because we don't have a web of data. Because data is controlled by applications, and each application keeps it to itself.

The Semantic Web is about two things. It is about common formats for interchange of data, where on the original Web we only had interchange of documents. Also it is about language for recording how the data relates to real world objects. That allows a person, or a machine, to start off in one database, and then move through an unending set of databases which are connected not by wires but by being about the same thing.>>

Minglebox Communications Private Ltd. is a start up in the internet and mobile space, founded by ex IIT/IIM alumni. The founders are marketing and technology professionals with varied experience in consumer goods, internet, telecom, financial services and IT industries across India and the US. The company aims to build internet and mobile consumer products for the next generation of Indian users. This is located in Bangalore.

Minglebox is in the process of setting up a world class technology team to build a set of highly scaleable web 2.0 based applications/platforms. They are looking to getting a couple or more high caliber techies from the Java world with an interest in building web2.0 technology.>> 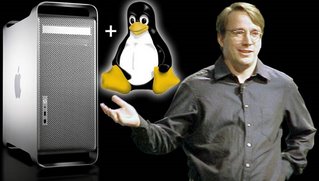 Linus Torvalds was just 21 when he changed the world. Working out of his family's apartment in Helsinki in 1991, he wrote the kernel of a new computer operating system called Linux that he posted for free on the Internet — and invited anyone interested to help improve it.

Today, 15 years later, Linux powers everything from supercomputers to mobile phones around the world, and Torvalds has achieved fame as the godfather of the open-source movement, in which software code is shared and developed in a collaborative effort rather than being kept locked up by a single owner.

Some of Torvalds' supporters portray him as a sort of anti-Bill Gates, but the significance of Linux is much bigger than merely a slap at Microsoft. Collaborating on core technologies could lead to a huge reduction in some business costs, freeing up money for more innovative investments elsewhere. Torvalds continues to keep a close eye on Linux's development and has made some money from stock options given to him as a courtesy by two companies that sell commercial applications for it.

But his success isn't just measured in dollars. There's an asteroid named after him, as well as an annual software-geek festival. Torvalds' parents were student radicals in the 1960s and his father, a communist, even spent a year studying in Moscow. But it's their son who has turned out to be the real revolutionary.More>>