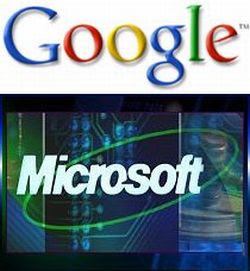 Google does not much like the fact that Microsoft is making a bid for internet portal firm Yahoo! . So the world's largest search company has decided to start a PR campaign to get the government to kill the deal.

In a blog post, Google Senior Vice President David Drummond, asks whether Microsoft could "now attempt to exert the same sort of inappropriate and illegal influence over the Internet that it did with the PC," according to The Wall Street Journal (subscription required). Microsoft immediately took the other side of the argument by saying that Google dominates the global search market. A purchase of Yahoo! would not knock Google out of the No.1 spot.

The bickering over the matter probably makes little difference. Google is so powerful now in internet search that Microsoft may not make much progress there even by owning Yahoo!. There will be all sorts of integration problems if its bid goes through. Google probably will keep gaining search share in the meantime. The government knows all of that. There is little reason for them to oppose the deal.