How to Pay LIC premium online?

How to Pay LIC premium online?

Thank you for reading my blog. As you are aware I am not updating this blog for long time because I have started another blog which focued on writing the finance and investment related tips and ideas. The name of the blog is Plan Your Investment. Good news is the blog already getting the 1000 hits per day and got regular readers too. I am glad to share the details about that blog here. If you like the blog please subscribe.

Read Full Story
RBI has announced that from April 1, 2009 onwads withdrawl on the other ATM centerswould be free of charge. That means if you are the ICICI Bank customer, you can use the HDFC or any other bank’s atm to withdraw the money without any charge. Previously the charge is taken from the customer.
Subscribe
Read Full Story

Earlier I have published Tax Planning for 2009 - Part 1. The previous post explains the basic stuff on tax savings using the home loans and the fixed deposit schemes. It doesn’t look into any specific section of the income tax act. This part of the article will be looking into section 80c of the income tax act. Section 80c is the important provisions and provide maximum of Rs.100000 savings under this section alone. So, it is better every one to understand the different options available under section 80c. Total amount of Rs.100000 can be divided into many different investments based on your interest and the financial status. I will explore the various options inside this particular section 80c and suggest you the investment plans. I would like to answer all your queries, please post it in the comments section. You can subscribe to our future articles here.

Blog is moved to own domain

Finally I have created own domain name for my personal blog. All the posts are migrated to new domain name HiKrish. It is powered by Wordpress platform. I will stop blogging in this site. My future posts will be in the new site.

General Tips For Switch to Mac From Windows 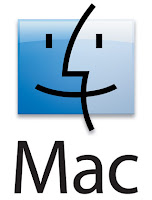 Sales of Apple's Macintosh computers have been growing much faster than PC sales overall, with many new Mac buyers switching from years of using Windows computers. For that reason, every month I get emails from readers asking about the differences in using the Windows and Macintosh operating systems.

While the Windows and Mac user interfaces are broadly similar, they do have subtle variations in day-to-day use that require some re-education for switchers. And because there are so many fewer Mac users than Windows users, help from friends and co-workers can be harder to obtain than it is for people switching the other way, to Windows from Mac.

So, here's a quick tip sheet explaining a few of the most common differences in the daily use of Windows XP, from which most people would be switching, and Apple's Mac OS X Leopard, which switchers would be adopting.

This column isn't an argument for making the switch to a Mac, merely an attempt to help those who have done so, or who are considering doing so. Of course, all Macs currently sold can run Windows and Windows programs concurrently with the Mac operating system. But this guide is for folks who intend to use their Macs primarily with Leopard, not Windows.

Menu Bars: In Windows, each program typically has its own menu bar. On the Mac, there's a single menu bar at the top of the screen that changes, depending on which program you are actively using. More>>

Kuselan is a forthcoming bilingual drama being directed by P. Vasu, who with Kuselan, will direct his fifth feature film featuring Rajnikanth. Rajnikanth, playing a guest role, is the one of the few common actors in the bi-lingual, the others including Nayantara and Meena, which is to be made into Tamil as Kuselan and Telugu as Kathanayukudu respectively. Various other regional actors have been signed up for the film, with Pasupathy, Meena, Prabhu Ganesan, Vadivelu, Santhanam and Livingston playing roles in the Tamil version, whilst, Jagapati Babu, Sunil and Brahmanandam portray roles in the Telugu version. Whilst, G. V. Prakash Kumar and Arvind Krishna have confirmed their parts as members of the technical crew. The film which is expected to be released in July 2008, will be produced by prominent director, K. Balachandar for the Tamil version and Ashwini Dutt for its Telugu version. The film is a remake of the Malayalam movie, Kadha Parayumbhol. 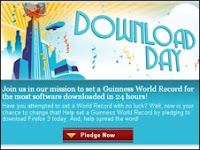 Mozilla has officially made history with a new Guinness world record for the largest number of software downloads in a 24-hour period.

The final record breaking 8,002,530 downloads for Firefox 3.0 took place in June with parties in over 25 countries.

"The enthusiasm and creativity of Firefox fans was key to making this happen" said Marketing head Paul Kim.

The official figure was confirmed after logs from download servers were audited and checked to ensure duplicate and unfinished downloads were not counted.

Mr Kim told the BBC: "The notion of going for a world record, as gooky and nutty as it may have sounded, was a really sticky idea.

"It was an idea that translated really well across national borders and to all different kinds of people around the world."More>>