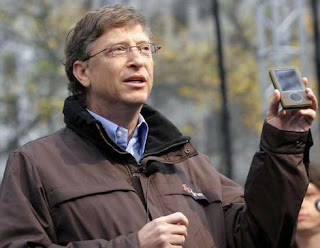 GameStop, a leading video game retailer, has decided that it will no longer stock Microsoft's Zune players, citing poor sales. And while I don't quite agree with my fellow-blogger Don Reisinger

that this is the beginning of the end for Zune, it's hard to see any silver lining in the news.

Microsoft's entry into the consumer electronics space came with a thorny channel problem. Microsoft sells the vast majority of its products through PC makers, who bundle Windows (and often Office and other software) on new PCs, and through well-established partners who specialize in selling to large organizations and businesses. Microsoft had a retail channel for selling Windows and Office upgrades and other consumer products (like Money, Encarta, and keyboards and mice), but for the most part these products were sold through computer specialty stores like CompUSA. To succeed in capturing a broader audience, Microsoft had to broaden its retail channel.

The Xbox business helped take care of that problem: once Microsoft proved that it was serious about developing and promoting the first Xbox, and once it began to show reasonable sales figures, a new class of retailers--including game-specialty stores like GameStop--were happy to make shelf space for Microsoft's consoles and games, right alongside Sony and Nintendo.

These retail partners are an important part of Microsoft's Zune strategy. Microsoft figured that the mostly young male audience who buys game consoles and games might be a natural fit for a new MP3 player from the same company that produces the Xbox.

Apparently, after giving it a year and a half, GameStop has found that's not the case. Looking at recent NPD figures, it's easy to see why--compared with the first Xbox, the product just isn't moving nearly as many units (2 million in 18 months) or capturing enough market share. Moreover, if a retailer sells a customer a console, that customer might come back again and again for games. Where's the equivalent attach for Zune? Peripherals, maybe, but I don't think a customer will buy 10 periperhals at $60 a pop like they might with games over a console's lifetime.More>>