HP wants to buy EDS for about $12 billion 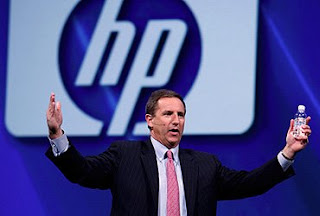 In a move aimed at reshaping the $750 billion global tech-services industry, Hewlett-Packard (HPQ) on May 12 revealed that it is attempting to buy Electronic Data Systems (EDS). If the deal is consummated, EDS, the No. 2 player in tech services, and HP, No. 5, will be combined to create a $40 billion-a-year powerhouse that's more capable of challenging market-leading IBM (IBM).

Pulling off such a combination won't be easy, though. This would be HP's largest acquisition since it bought Compaq in 2002 for $18 billion—a deal that caused HP serious indigestion and led to the fall of the deal's architect, former HP Chief Executive Carly Fiorina. EDS has more than 135,000 employees and has struggled in recent years to compete with industry leaders IBM and Accenture (ACN) and a handful of Indian challengers. "It's a big fish to swallow, but [HP CEO] Mark Hurd is a very good manager, very good at execution, so it makes sense," says Rebecca Segal, an analyst at market researcher IDC. More Details>>