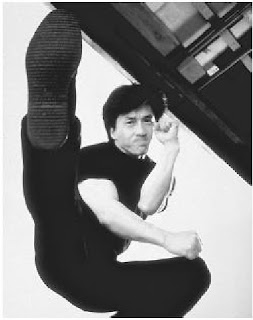 Jackie Chan, the Superstar of Hollywood, became the real hero at the Dasavatharam audio launch held at Nehru Indoor Stadium in Chennai. Right from his entry into the dais along with superb looked Mallika Sherawat, the super actor became the center of attraction in the event. Chief Minister M Karunanidhi launched the audio of Dasavatharam along with Jackie, V Shridhar, elder brother of producer Ravichandran and Kamal Hassan the hero of the film.

Oscar Ravichandran's decision to invite the Hollywood action hero Jackie Chan as the Chief Guest served the purpose meaningfully. He made the entire function enjoyable like his fabulous films. The audience loved his simplicity, innocence, smile, meaningful speech and mannerisms.More>>