Steve Jobs - #2 in The 50 Who Matter Now from CNNMoney.com 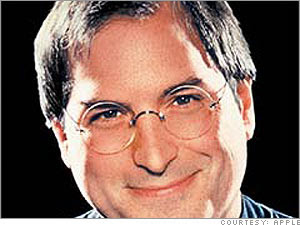 Why he matters: Apple's co-founder has started to channel his inner Wayne Gretzky. "I skate to where the puck is going to be," Jobs said as he introduced the iPhone in January, "not to where it's been."

Given the continuing strength of both the iPod (100 million sold) and the iTunes store (2.5 billion downloads), it's a credible boast. But will millions of Americans really pay $500 to replace their Razrs and Treos with iPhones? And will they come around to the Apple TV, a device so far ahead of its time that nobody's quite sure what it's for?

Jobs's genius as a designer, product manager, and pitchman is that he's never comfortable unless he's pushing the envelope. And like an athlete at the top of his game, it's hard to take your eyes off him.More>>