Learn about Global Warming to Rescue the World 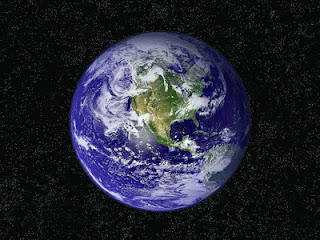 Global warming isn’t opinion. It’s a scientific reality. And the science tells us that human activity has made enormous impacts to our planet that affect our well-being and even our survival as a species.

The world’s leading science journals report that glaciers are melting ten times faster than previously thought, that atmospheric greenhouse gases have reached levels not seen for millions of years, and that species are vanishing as a result of climate change. They also report of extreme weather events, long-term droughts, and rising sea levels.

Fortunately, the science also tells us how we can begin to make significant repairs to try and reverse those impacts, but only through immediate action. That’s why we urge you to join us. The Stop Global Warming Virtual March is virtual but its purpose is real. By spreading the word and sharing this with others, our collective power will force governments, corporations, and politicians everywhere to pay attention.

What is Global Warming?

The Earth as an ecosystem is changing, attributable in great part to the effects of globalization and man. More carbon dioxide is now in the atmosphere than has been in the past 650,000 years. This carbon stays in the atmosphere, acts like a warm blanket, and holds in the heat — hence the name ‘global warming.’

The reason we exist on this planet is because the earth naturally traps just enough heat in the atmosphere to keep the temperature within a very narrow range - this creates the conditions that give us breathable air, clean water, and the weather we depend on to survive. Human beings have begun to tip that balance. We've overloaded the atmosphere with heat-trapping gasses from our cars and factories and power plants. If we don't start fixing the problem now, we’re in for devastating changes to our environment. We will experience extreme temperatures, rises in sea levels, and storms of unimaginable destructive fury. Recently, alarming events that are consistent with scientific predictions about the effects of climate change have become more and more commonplace.
Read from Wiki