How the iPhone will rock the mobile industry 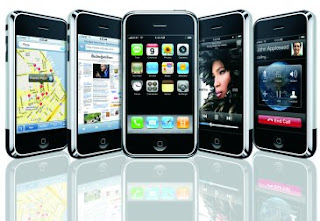 The initial release of the iPod wasn’t great. A so-so product that only worked with Macs and required users to spend their lives ripping CDs. But its long-term effect were huge: a massive 10% (and rapidly growing) chunk of music is now sold digitally to the iPod and its competitors. So what will the iPhone’s long-term effect on the cell phone industry be?

Accelerate 3G adoption in the US
The iPhone is a 2G device - ie, it’s slow. This was the right decision: the US has paltry 3G coverage. In most major cities, however, free 802.11b wireless networks are ubiquitous. People with devices like the iPhone and Nokia’s N95 (which also has a desktop-quality web browser) can get a taste of viewing real web on their phones content at reasonable speed over 802.11b wireless networks in cafes and bookstores. The massive speed drop users will get attempting to view a real website over an EDGE network will raise consumer demand for 3G and better networks from carriers.

They’ll also want a 3G iPhone like their friends in Australia have. Late next year Apple intends to release the iPhone in Australia, where 2G networks are being shut down, 3G or 3.5G HSDPA is everywhere, and free 802.11b wireless is rare. By the time that happens, the iPhone will be 3G - not only because Apple wants it to be, but because it has no other choice.More>>